Our plans for this weekend were to go to the movies and a chu...

Our plans for this weekend were to go to the movies and a church picnic.

Instead, we spent one evening at an urgent care and two days in the hospital. Jeff’s horrible stomach pains were dismissed as indigestion at the urgent care. The next morning we were in the ER being told he had classic symptoms for appendicitis. After 14 hours of sitting in the hospital, his appendix was out. Then his parents came to town. They sat in the hospital with me while he recovered and did nice things like secretly washing the dishes. Now we’re home - hanging out with netflix, mashed potatoes, and vicodin.

This is actually Jeff’s second surgery since we’ve been married. He was diagnosed with testicular cancer in December last year and had to have surgery and a round of chemo to fix it. Those were not fun times. We’ve been blessed to catch things early so they don’t get too bad. God is so good to us. I have so much respect for people who are going through chemotherapy and somehow have the ability and strength to alternate between that and everyday life. 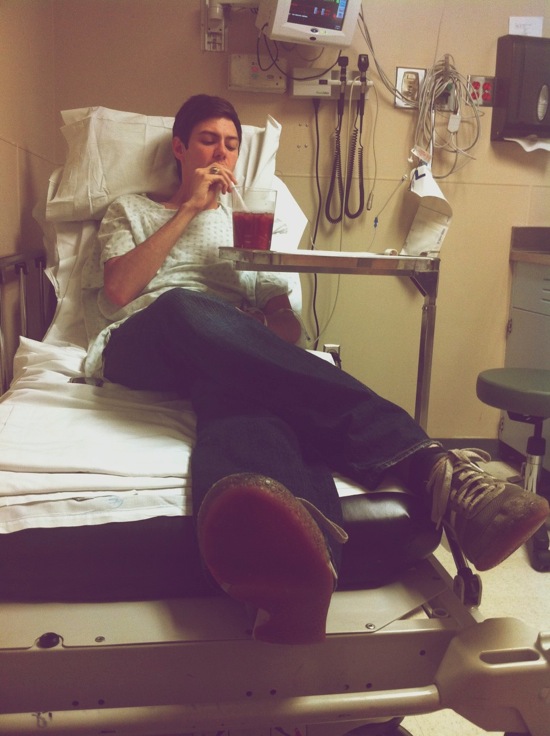 We do not plan to get any more familiar with the hospital here. Thanks, family, for praying! xoxo